CD Projekt Red’s last major RPG, The Witcher III: Wild Hunt, featured mostly seamless travel. Geralt was able to travel across the game’s different regions (and indoors) without running into loading screens. However, there were a few loading screens when he traveled between regions. 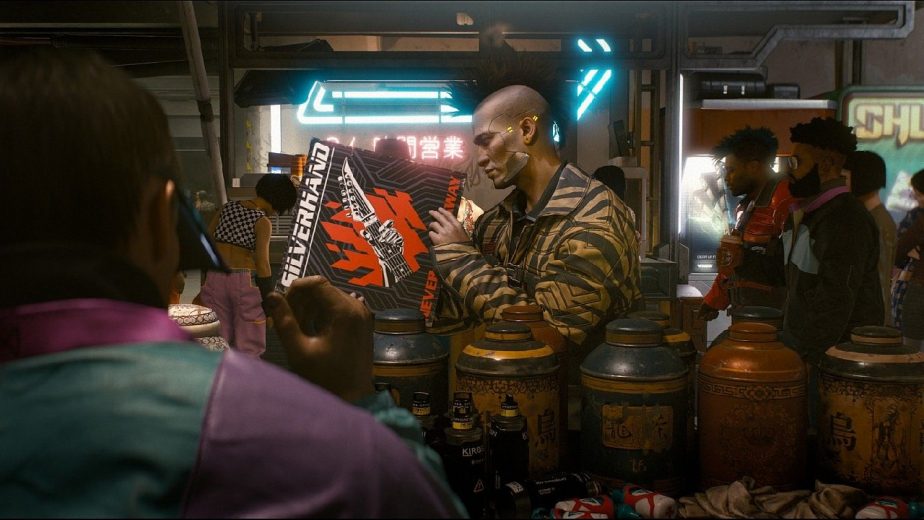 Kyle Rowley’s comments appear to suggest that Cyberpunk 2077’s six regions will all be connected seamlessly. He made his comment on the official Cyberpunk 2077 Discord. “[There are] no loading screens after the initial load into the game,” he stated. There could still be loading screens when fast traveling or when entering into certain story-related locations. However, it sounds as though the vast majority of Cyberpunk’s gameplay will be uninterrupted.

This revelation is just the latest in a series of informational tidbits released following the debut of the game’s story trailer. Perhaps the biggest was that the game will be played in the first-person, rather than the third. Other revelations have centered around the game’s role-playing elements; specifically, that the game’s skill system will be open rather than restricted into preset classes. Another tidbit revealed that the game’s difficulty options will closely resemble those of The Witcher III: Wild Hunt.

The removal of loading screens from travel might be relatively minor; given that most travel in The Witcher III had no intervening loading screens. Nevertheless, it is likely to be popular among fans. Few things can interrupt the flow of a dramatic story or action scene than an overly long loading screen, after all. For a game so filled with story and sci-fi combat, the lack of loading screens is nothing but a positive thing.