After announcing as much yesterday, DICE has now released a brand-new Battlefield 5 Firestorm gameplay trailer. The trailer gives fans their first in-game look at Firestorm, Battlefield 5’s upcoming battle royale mode. Firestorm is due to launch on the 25th of March with the start of the Trial by Fire chapter of the game’s Tides of War. In the latest trailer, players saw what to expect in Battlefield’s take on battle royale, including tanks, destructible environments, and the biggest map ever designed for a Battlefield game.

The upcoming Battlefield 5 Firestorm game mode is due to launch in just a few days’ time, bringing battle royale to Battlefield for the first time ever. The mode has long been in development at Criterion, and is expected to be Battlefield 5’s biggest post-launch content release. An announcement trailer for the mode has already been released, but did not feature actual gameplay footage. Now, players can see for themselves what to expect in Firestorm.

Like most battle royales, players will start a Firestorm match by parachuting down onto the map. The map in question is Halvøy, the largest Battlefield map ever. Halvøy is ten times the size of Battlefield 5’s Hamada map, giving players a vast sandbox environment to experience Firestorm in. Like other battle royale titles, players will start with nothing and need to scavenge weapons and equipment from around the map. However, vehicles will also feature in Firestorm. In fact, there are no fewer than seventeen different vehicles in the mode, ranging from tanks to cars to even a tractor and a prototype helicopter. 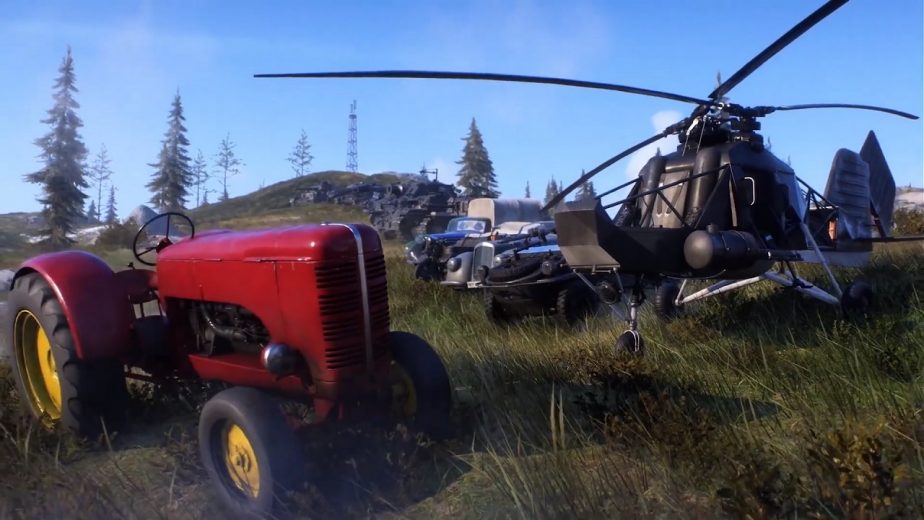 Players can find weapons with different rarities, and better gear is more likely to appear in strongboxes and other sealed containers. Similarly, the most powerful vehicles can be found in sealed bunkers which players can stop to open. Opening a bunker is a slow process, of course. However, the vehicle inside might well give players the edge they need to win. Additionally, players can find Resupply Points around the map which give them specific objectives. Completing these objectives can earn players with rare loot. Most notably, these can be used by players to get powerful Reinforcements. These include supply drops, air-dropped tanks, and even V1 rockets!

Finally, Firestorm also brings some new mechanics to the game. Players won’t use the traditional Battlefield classes in Firestorm. Instead, all players will be able to revive their teammates. In fact, one major change is that downed players will still be able to use a handgun to shoot; something which players cannot do in the normal game.