Last month, CD Projekt Red made the unexpected announcement that Thronebreaker, the long-awaited story mode for Gwent: The Witcher Card Game, would be launched as a standalone RPG. Thronebreaker: The Witcher Tales will be releasing alongside Homecoming, Gwent’s official release version, in October. As of today, the game is now available to pre-order.

The Witcher World is Back!

Pre-orders for Thronebreaker: The Witcher Tales — a new adventure in the universe of monster slayer Geralt of Rivia, are available!

Thronebreaker is Now Available for Pre-Order

Last month, when CD Projekt Red announced Thronebreaker, the studio said that the game would launch on the 23rd of October for PC. It will be launching on the Xbox One and PlayStation 4 on the 4th of December. The dates mirror those of Gwent: Homecoming, the major overhaul of Gwent which will also be the game’s official launch. (Technically, the game is still in a pre-release form.) However, the game has not been available to pre-order until now. CD Projekt Red announced the launch of pre-orders online with a brief teaser trailer; thus far, fans have seen very little indeed from the upcoming standalone RPG. 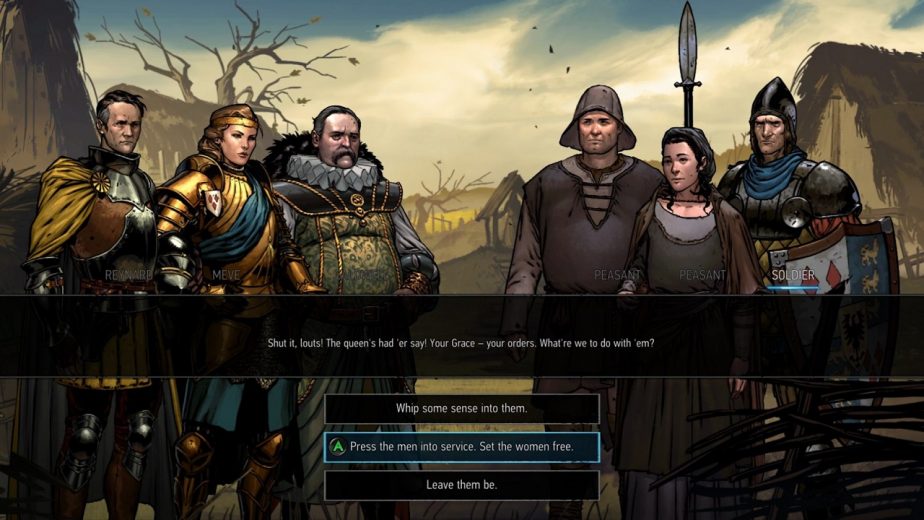 CD Projekt Red has also launched a new Witcher Tales website for the game. The game is available to pre-order there for £23.39. The game is available on PC exclusively via GOG.com, CD Projekt’s online platform. As such, it will not be coming to Steam, at least not anytime soon. The new website offers fans some more details about the story’s main characters and the premise; players will be taking on the role of Queen Meve of Lyria and Rivia. The new storyline is actually set before The Witcher 3: Wild Hunt. Although Geralt of Rivia has seemed to appear in trailers and promotional art, it’s unknown what sort of role the Witcher may play in the upcoming RPG. CD Projekt Red has claimed that Thronebreaker will feature over thirty hours of story. The game’s combat will revolve around the existing mechanics of Gwent, though there will be some new mechanics added too.