When Battlefield 5 launches on the 20th of November, or indeed, at an earlier date for players who have early-access, there will be eight maps included in the game. These range in size from the huge expanses of Twisted Steel and Hamada to the alpine close-quarters of Fjell 652. Aerodrome is a mid-sized map set in the war-torn deserts of Libya.

Likely to play a role in the Under No Flag War Story; Aerodrome takes place in the ruins of an Axis airfield recently hit by a bombardment. It’s unknown whether it merely resembles the setting of that mission; it could be that the map will actually be part of its story. The inspiration for the map is a number of British attacks on Axis positions and airfields throughout the deserts of Libya in 1942 and 1943; “Commandeered by Erwin ‘The Desert Fox’ Rommel,” explains DICE; “the German troops were forced to retreat westward through Libya and eventually surrender following the attacks.” 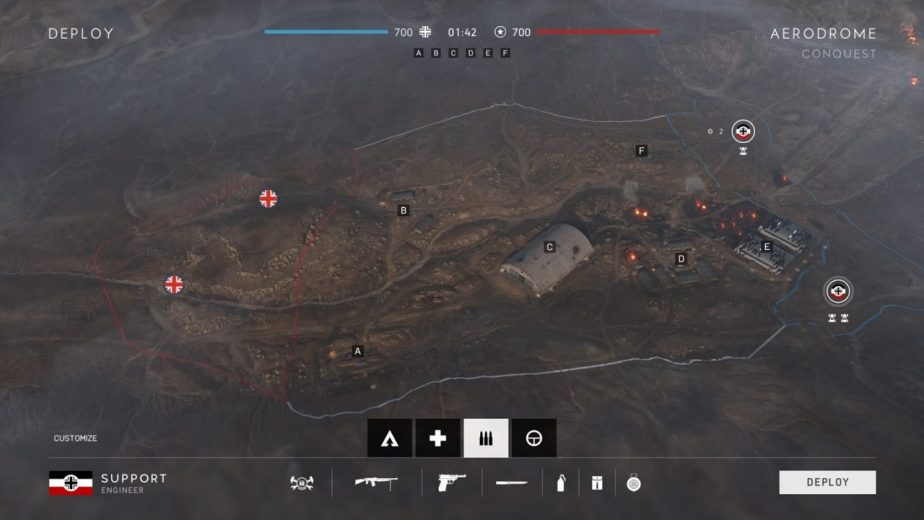 Aerodrome is a “Medium” size map, making it a comparable size to the well-known Rotterdam map. It has a tempo of “Moderate-Fast,” according to DICE’s overview for its role in the Conquest game mode. It features both Infantry and Tanks. However, despite its name, Aerodrome doesn’t feature Aircraft; “The action on Aerodrome will take place on land,” explains DICE; “with infantry and land vehicles battling it out. Excluding air combat, all playstyles are supported; fans of close-quarter infantry combat will shine on the busy C flag, and land vehicle operators will have a blast rushing through the desert roads. There are many Fortification opportunities, which gives extra weight to Support players, and the map’s high points provide good sniping spots.”


Aerodrome will be available for the Airborne, Breakthrough, Conquest, Domination, Final Stand, Frontlines, and Team Deathmatch game modes. In addition, the map will feature as the second map for the North Africa Grand Operation. Days 1 and 2 take place on the Hamada map. However, days 3 and 4 will take place in the wreckage of Aerodrome.