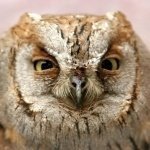 A sad story with a sad ending.