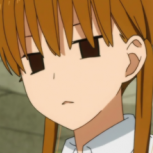 Is VR a new trend for E-sports?

By Aerielle del Rosario, May 28, 2019 in Esports & Competitive Gaming