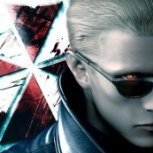 Games that you wished were on a PlayStation console.. but aren't?

By Oblivion Knight, November 29, 2021 in Playstation