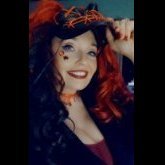 Would you say Best Buy has the best computer selection and deals?